Introduced in 2010, Mazda's unique Kodo design philosophy and its ability to breathe vitality into a car has been the driving force behind the multiple award-winning styling of the current Mazda range. Launched in 2019, the Mazda3 was the first vehicle to showcase the latest developments in the company's ground-breaking Kodo design language - a more mature rendition targeting greater styling prestige through the elegance and rigor of a minimalist, less-is-more aesthetic inspired by the purest traditions of Japanese art and the beauty of space between objects.

In the UK, the Mazda3 range features 27 models across the combined hatchback and saloon line-up. Available in five trim levels – SE-L, SE-L Lux, Sport Lux, GT Sport and GT Sport Tech - the Mazda3 features Mazda’s characteristic generous standard equipment across the entire range, and is offered in the UK with a choice of two petrol engines, both of which feature the 24v Mazda M Hybrid mild-hybrid system. 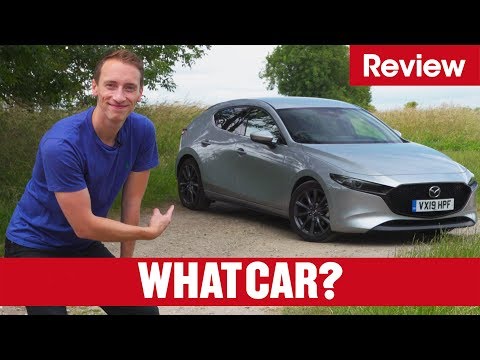 Green 4 Motor Company Limited are a credit broker and not a lender. We are Authorised and Regulated by the Financial Conduct Authority. FCA No: 313696 Finance is Subject to status. Other offers may be available but cannot be used in conjunction with this offer. We work with a number of carefully selected credit providers who may be able to offer you finance for your purchase.

Social
Company Info
Back to Top

655 London Road, Coventry, United Kingdom, CV3 4EX
Reg Office: 655 London Road, Coventry, CV3 4EX
Reg. Company Number: 4069636
VAT Reg. No. 7554439804
Back
Book A Service
Vehicle Valuation
Compare Saved Vehicles
Top
Close
Your Cookie Settings
Select your cookie settings
Strictly Necessary Strictly Necessary cookies are essential to let you move around the website and use its features, such as accessing secure areas, shopping baskets and online billing. These cookies allow our website to provide services at your request.
Functional Functionality cookies are used to remember the choices you make, e.g. your user name, log in details and language preferences. They also remember any customisations you make to the website to give you enhanced, more personal features.
Targeting Targeting cookies collect information about your browsing habits to deliver adverts which are more relevant to you and your interests. They also measure the effectiveness of advertising campaigns.
Save Settings
Cancel Changes

Your settings will take affect when you refresh the page or move to a new page. Find out more about cookies

This site uses cookies and related technologies for site operation, analytics and third party advertising purposes as described in our Privacy and Data Processing Policy. You may choose to consent to our use of these technologies, or further manage your preferences. To opt-out of sharing with third parties information related to these technologies, select "Manage Settings" or submit a Do Not Sell My Personal Information request.